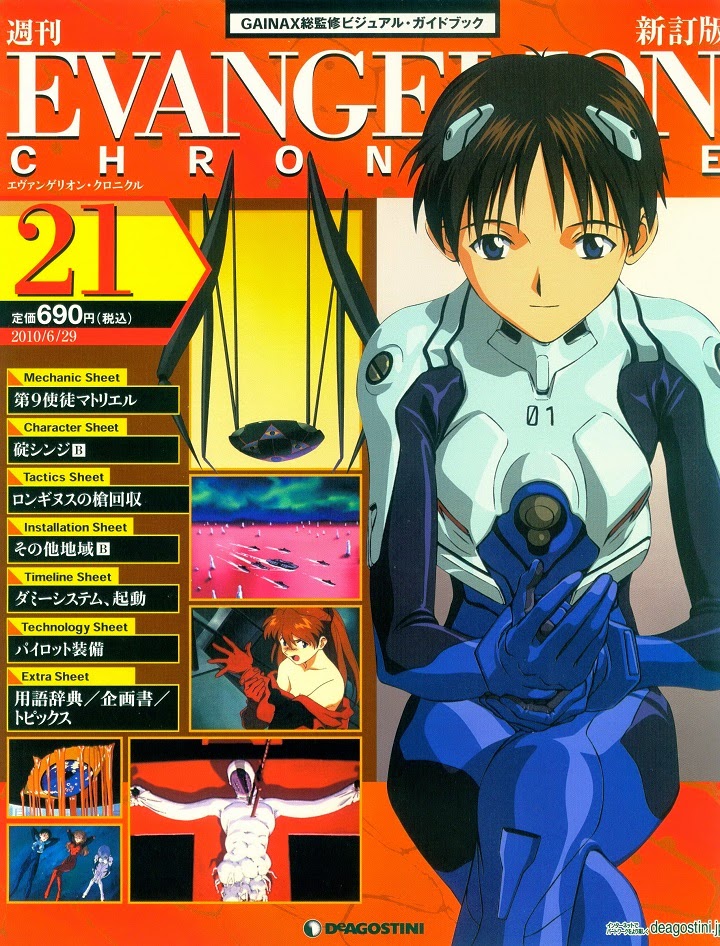 Now, the final post. First, let me tell you where I found these scans. It was off a foreign Evangelion community site naturally, specifically the Russians (Evangelion not end), who in turn got them off the Chinese, I think. Anyhow, there is also 20 more issues (JP Wikipedia source) of Evangelion Chronicle that were printed after the original 30, which sadly have no scans. They also further reprinted the original 30 as new editions, which again, sadly have no scans. Hmm, what a bummer. Anyhow, I hope you enjoy the scans!


Edit
Updated again issues 21 & 23, someone reported corrupted downloads. Thanks for that. 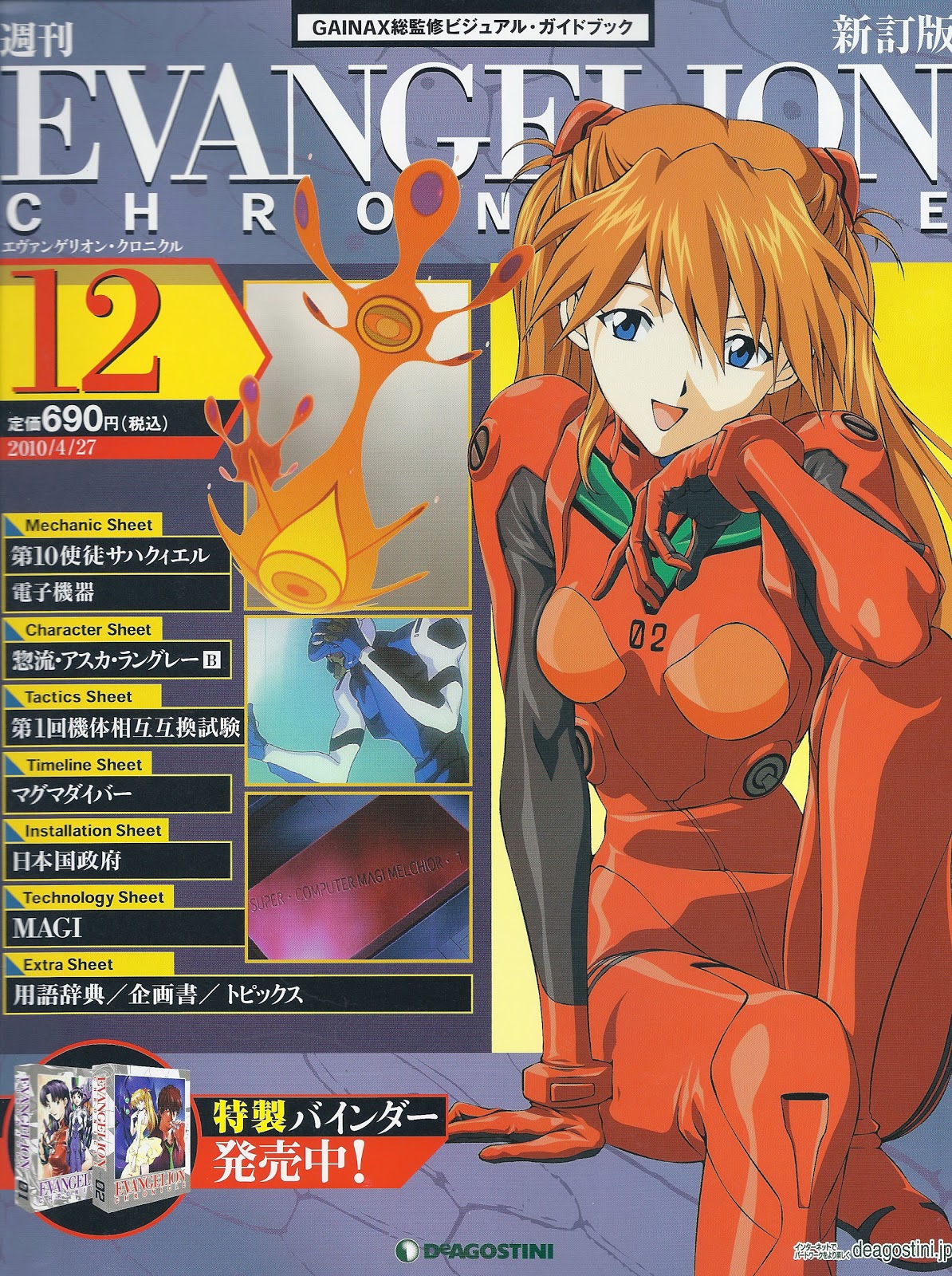 Here's Chronicle issues 11-20. If you're wondering why I don't just put them all in one post, I have a reason. It would look really ugly having all 30 issue links in a column, that's really it. Anyhow, you're here for the content so get to it, you'll find the DL links below. Have fun! 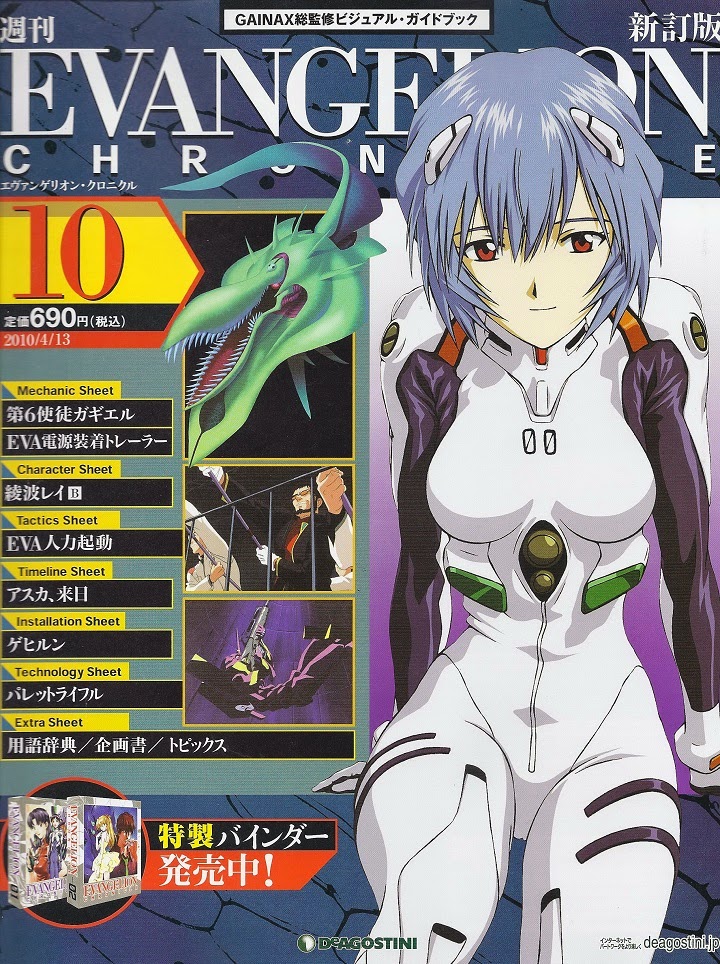 I was actually meant to post this months ago, but I sorta forgot and also couldn't remember my Mega password after I already uploaded everything. Poor me, but I always back everything up so I uploaded the Chronicle to my mediafire account. Not that anyone cares about any of this, you're just here for the DL content. That said, you'll find links for Chronicle magazines 1-10 below. Have fun! 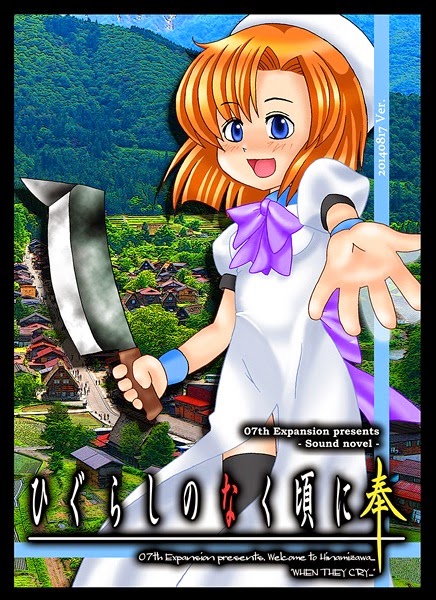 Okay, I have finally finished my translation of Higurashi no Naku Koro ni Hou. Yippee! Now I can move onto something new! Probably the two untranslated Rei arcs or a (or some) Matsuri/Kizuna exclusive arc, I'll decide that soon enough. Anyway, like last time, I have prepared two versions. One with a few untranslated JP words (Onee, Oji-san, nakama etc) here and there, and another version that has those specific words translated into English, which I call the English variation patch for some reason. I'm not very good with names. If you want to see the full list of the untranslated JP words, you can check out the document below.

That said, I'm very satisfied with the overall outcome. I have put a ton of effort and work into it and I hope it shows. It went through many proofreads and fixing up, some of which was done by a helper or two. Although I still had to implement said fixing up, just saying. Anyhow, I will drop the credits for those people at the bottom. Also, even if you yourself spot any errors, please inform me so I can implement changes and fix it up. I'm not perfect, so I may have missed some things.

Now, what everyone is waiting for, if anyone bothered to even read what I just wrote that is. The download, you will find both versions up for download below. So, go get that and get reading. Hou was recently released after all, and I really want to know what people think of its story. Personally, I found Outbreak to be the most interesting, followed by Hinamizawa Bus stop and then Kamikanshi-hen. It was very entertaining and the music was great, its also significantly better than its anime adaptation, Bus Stop was new (to me) and was thus interesting, the characters were different and so was the story, while Kamikanshi-hen wasn't quite what I expected. Its just not the proper sendoff or "Gift" I expected for Higurashi's deathbed. I know more Higurashi is coming out, but not from Ryukishi07. He washed his hands long ago and has since then moved on, sad yes, but that's reality, or at least I hope not. Anyway, I'll stop myself before I run my mouth, you'll find the downloads below. Have fun!

Credits
xPearse (Me) - Near enough everything (No need for specifics)
TheGuraGuraMan - Hou Title (Which I later had to color correct)
einhorn303 - Proper use of your and you're (I understand now though, no more silly mistakes)
IchibanOjousama - Spelling mistakes and such

Note
Spanish translators "23rd District" contacted me shortly after my previous released and asked if they translate my translation into Spanish. Naturally, I said yes, so it seems the Spanish community will also get Hou some time in the future. Yay!