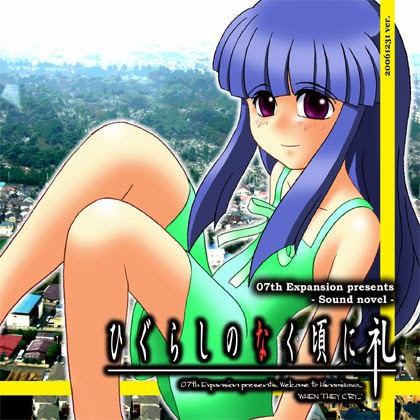 Well, its finally here. I originally planned to have it finished not long before now, but Terra Formars slowed progress down greatly. That's not to say this is late or anything, I just wanted to mention some info related to this translation. Anyhow, the two other Rei arcs are now translated, so you can have at those and I also included the pre-existing translation of the main arc that was translated many years ago, which of course wasn't me, but I'll add those who did in the credits section at the bottom. Now, that's actually everything done for Rei, so we can cross that all off our bucket lists. That said, what comes next? Hmm, I know I put up a poll up about a few Kizuna and Matsuri arcs, but that was just a general poll to gather some info. It didn't mean I was going to continue from Rei to translating one of them, so sorry if any of you got your hopes up. But about my next project, I'll my doing a post about it sooner or later so stay tuned for that. Anyhow, you'll find the download link for my TL below, obviously. I hope you enjoy it, as I put many man hours into it, plenty of effort and it took a lot out of me as well, as VN translations would do to anyone. Anyhow, thanks for your interest since Hou. It means a lot. Also, I'm unsure if I'll ever go back to Higurashi VN translating in the future. I just thought I should let you know that. That said, let me know if you encounter any errors or problems, and if anything in any of my Higurashi translations can be improved. See you in the future, and have fun!

P.S. - I forgot to mention before, but Hou will be released in French sometime in the future as a French guy came to me some time ago, so the Spanish won't just be getting it. Also, I'll be working on an Alchemist graphics patch for Rei. Stay tuned for that. And furthermore, my Youtube account was terminated due to the last video part of Kamikanshi-hen, and I didn't get told why, but I'm guessing it had something to do with the end game punishment. So, I'd advise against uploading vids of that arc on Youtube, unless you want to face to same fate. Just a little heads up.