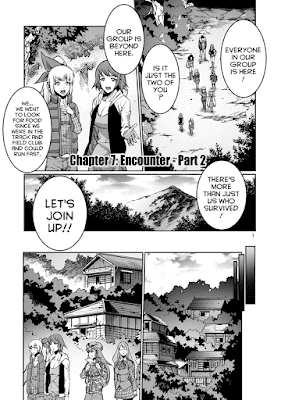 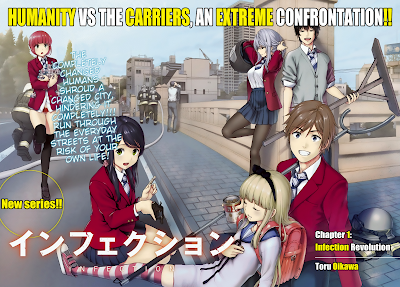 Crawling in my skin. These wounds they will not heal. Fear is how I fall. Confusing what is real. There's something inside me that pulls beneath the surface. Consuming, confusing. This lack of self-control I fear is never ending. Controlling. I can't seem... To find myself again. My walls are closing in (without a sense of confidence and I'm convinced that there's just too much pressure to take). I've felt this way before. So insecure!

Ha ha. Jokes aside. I actually kinda like Infection. It may be generic and with a ton of cliques, but that doesn't stop it from being entertaining. Anyway, I had been planning to this since mid/late december but only got around to it now due to Terra Formars, Evangelion: Girlfriend of Steel Special Edition and Kyochuu Rettou and I also wanted to get a Neo Devilman chapter out. However, seems that another group jumped the gun and already released before I did. Buuuut, I don't really care about that. I contacted him and we may end up working together on the series.

In other news, the guys I was working with totally fucked up. Not only did they forget to clean a few pages, they also didn't deliver when they said they would with the color pages redrawn yesterday. And I gave them days ahead notice that I was planning to release yesterday, but not a peep out of 'em. Therefore, I had to redraw and clean the color pages and one they couldn't redraw myself today after I got outta work. Ugh. Come outta work and had to spend like 5 frickin' hours at it non-stop to get it done. Anyway, being pissed aside. I'd just like to mention a few TL things. First, raggy sis. Now, the "ragi" part seem to be a shortened version of the Japanese word for "rugged" or "raggy" so that's what I went with rather than leaving it untranslated. Unless I'm wrong (probably) and it means something else. 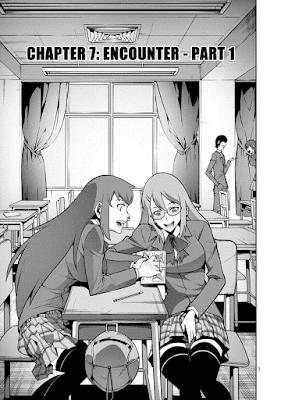 Meh. Kinda pissed at the moment. I'm terrible at redraw (mainly because I don't know what I'm doing), it takes me a while to get it done and it really shows. Anyway, another chapter done. However, things become less and less interesting in future chapters as it's more or less, "Run! Bugs! Run again! More bugs! Run! Even more bugs!" Meh. Not really, but you'll see what I mean when I get around to those chapter. In any case, enjoy the chapter. Umm. Bye. Fuck off. 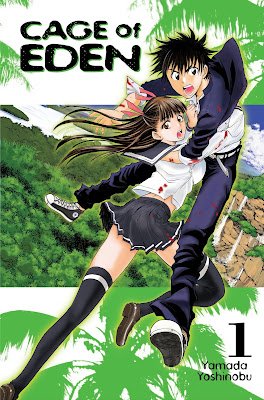 The only reason I read this piece of shit was because everyone was sayin' Kyochuu Rettou was just so similar. Pssh. Bullshit. I read the first volume and it was total junk. Nothing like KR other than students crash land on an island and there's danger! And lewdness! And a smart character! For fuck sake. Those are a given for manga. Seriously, like every frickin' animu/mango has a random smart character and shit like that Prince of Tennis guy. They're a given. And just because the initial setup of KR and COE are similar doesn't mean they are anything alike. First off, the tone and style of both are totally different. COE is a way more generic animu/mango with super eccentric characters, people who eat a lot, stupid anime esque events (spotting chick bathing... really.jpg) and all that shit while KR doesn't. It's tone is more serious and better for the most part. Furthermore, fuck all happens in the first volume of COE while a lot happens in the first volume of KR, and the monsters in KR are actually kinda frightening while COE's aren't. Sabertooth tiger ain't got shit on giant fucking butterflies sucking you dry. Shit's fuckin' eerie while rawww num num num isn't. Anyway, enough with the comparisons. On to the actual review.
Now, Cage of Eden isn't very good. It's a tad bit too anime-esqe for me with it's stupid events, autistic characters and essentially everything. Spotting chick bathing, eccentric characters, ditsy chicks with big tits and dicks, characters who like to eat, edge lords, everyone wants the MC's cock, and all that other shite. It's came off as very generic to me other than the crash landing on island and giant animals setup. Other than that, the characters and storyline are insanely uninteresting. I mean, a giant space-time distortion appears when the plane enters the island's space-time bubble or some shit like it throws them back in time like it's Dino Crisis. What? And I really don't want to know the fuck-up ending that everyone hated. Just no. And it gets even stupider when the students run back into the plane after an animal attack and start to randomly hit each other and there's an attempted rape right out of nowhere but hero mc edge lord save the chick. Realism right there, pal. Just look at that fuckers face below. Awesome way to end a volume, right?
In other words, it's a reddit manga. A burmese picture book that retarded teens love and adore. Seriously, it's like everybody's eaten so much shit they can't tell the difference anymore. That, or everyone has zero intelligence and can't form their own opinion. Probably both. At any rate, while I only read the first volume, if that still wasn't enough to gauge my attention or at least be entertaining, then I would say that it failed. Hell, the first chapter should have got me interested but it didn't which goes to show that it ain't worth my time and yours. Anyway, that's Cage of Eden in a nutshell and my review. Now, fuck off back to reddit, ya underage cunt.
Posted by xPearse at 15:27 No comments: 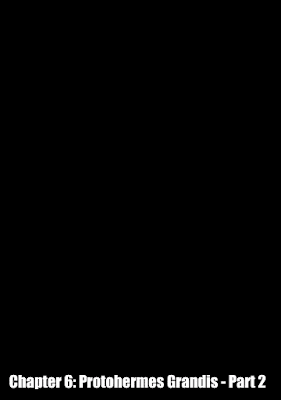 Hey yo Captain Jack. Bring me back to the railroad track. Gimme a gun in my hand, I want be a shootin man. Left, right, left. The military step. The air force rap. The seventeenth's the best. Go... left, go right, go pick up the step, go left, go right, go left. 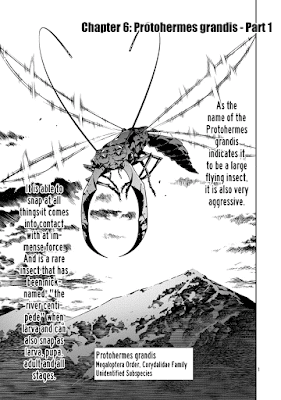 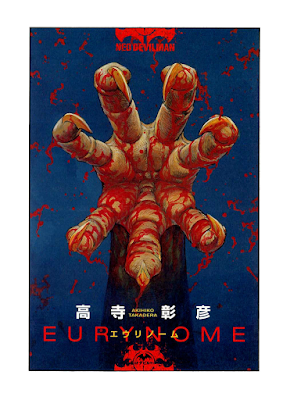 Yippe! Only two more Neo Devilman chapters to go and that's the entire thing translated. Shame that the leftovers weren't done at the time the rest were because they're actually pretty good. The only reason which I presume that nobody did them was due to the fact that the authors/artists were nobody's and I mean literal nobody's (except for Nagai's Into the Dark chapter which I'll save for last). In other words, the stories were cherry picked. Anyway, this chapters actually pretty good, has some good art and an immortal dog girl furry waifu if that's your fetish. Check it out.

P.S. - There was a dog girl Devilman (muh dick) in the original Devilman manga. A reference perhaps?
Posted by xPearse at 20:42 No comments: 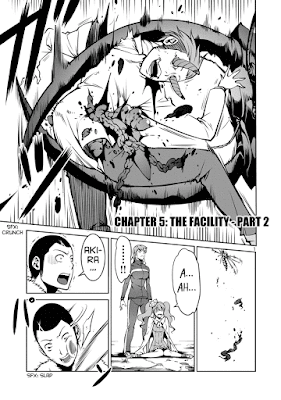 This chapter didn't take long. Short with little dialogue. Good. Anyhow, I'll probably end up working on Saikano Gaiden later on in the year. Want to get some other stuff out of the way before like Neo Devilman so I'll be doing a chapter of that next. Love me some Devilman. Anyways, sadly no bug rape this chapter. Not like that'll be happening in this series at all. Don't want it turning into Brain Eater 1-3, or do we? I'll leave that answer to you. Lastly, about the "cunt" part. What it really said was something like the back of your insides or back of your back or the 10 fucking different ways to translate it, so I just put it as cunt so it doesn't sound like a Nigerian speaking broken english. Other than that, bye, mother fuckers!! 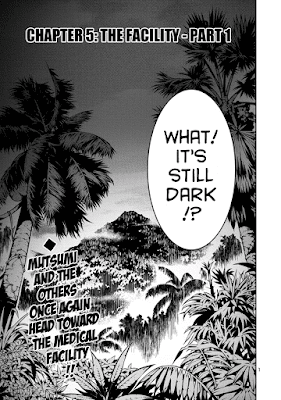 Hmm. I've decided not to jump the bandwagon so soon and start on Asimov or Keiji as of yet. I want to wait about a month to give me time to work on this and other things and also to see if anybody else may start translating either. That, and Keiji's spin-off is only on that secret IRC register club site thing so I don't have access to scans of it. Anyway, more Bug Rape Island. Yay! In other news, those Vietnamese guys I was working with on Kyochuu Rettou haven't got around to doing this chapter (redraw) yet so I decided to do it myself. And fuck me was it hard. I mean, it's all fine and dandy until that radio tower at the end of the chapter. It took me over an hour for that page alone! But, that's probably me and my crappy redraw capabilities. At any rate, that's all I've got to say. See ya next time!