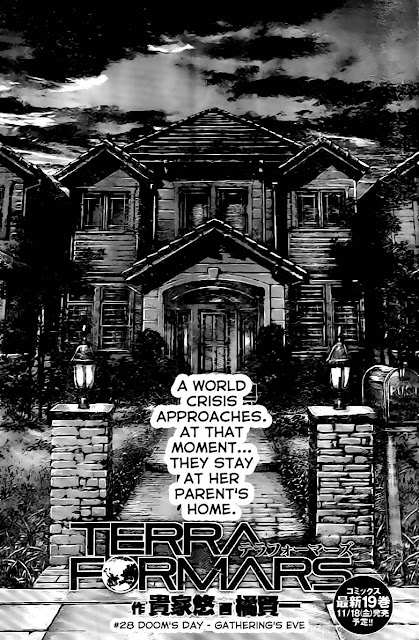 I really liked this chapter. The interactions were nice to see. However, I'd really prefer if Michelle came from a poor family or something similar to those from BUGS #2. I mean, they were all expendable and they knew it. They came from rat-holes where nobody would care if they died or not, and were considered trash. That gave them character. That allowed us to guess what kind of life they may have led and get a glimpse into their character. That actually made them like-ablebecause we could guess what hardships they must have faced in life.

The Annex crew? Not even close. Michelle should have went home to a frail old, sick mother in a cramped poor-ass house like the average American. Not some fancy-ass house. Anyway, I would just prefer it like that. Enjoy the chapter. See ya next time.